Getting Work To Work is a weekly podcast for creative entrepreneurs, storytellers, visionaries, and change-makers who are on a mission of chasing big ideas, telling epic stories, and leaving living legacies. New episodes are released twice each week including topical monologues on Wednesdays and interviews on Fridays.

Whether you’re just starting out or have been at this creative and curious life for some time, I hope you’ll not only learn something new in this podcast, but also find yourself challenged and inspired to break through the barriers that hold you back from getting your work to work.

Want to be a guest?

Would you like to be a guest on a future episode of Getting Work To Work? Drop me a line at chris@chrismartinstudios.com and I’ll get you scheduled. 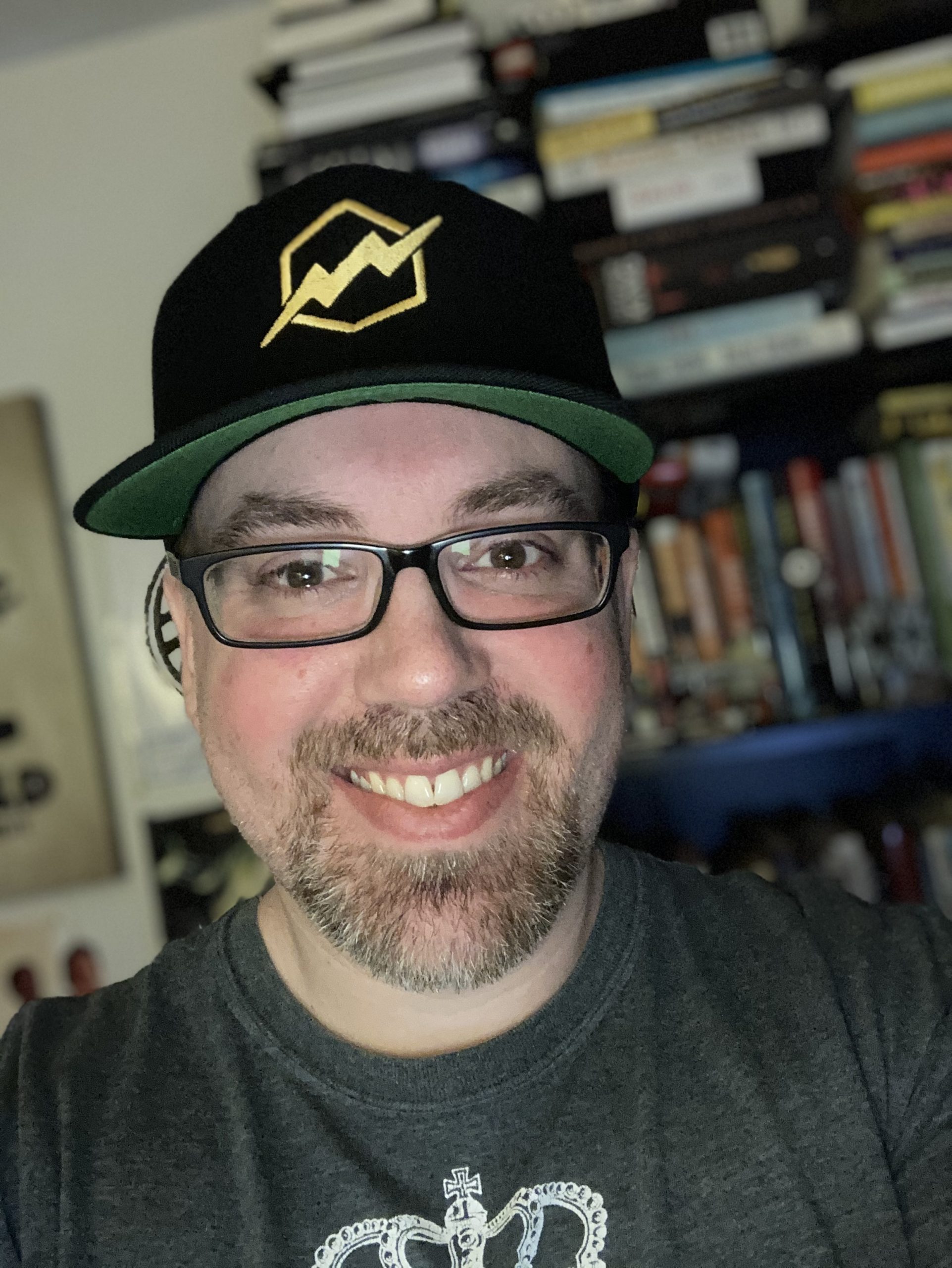 Never satisfied with just one label, Chris is a curiosity builder, filmmaker, podcaster, and storyteller. He is obsessed with courage, creativity, curiosity, and bands that can remember how to play songs over 25 minutes. He also loves stories filled to the brim with heart, edge, and fearlessness and conversations with authentic people making a difference. He believes questions are only as powerful as the willingness to listen to and wrestle with the answers.

Getting Work To Work was born out of a desire to share knowledge combined with a fascination with the world of work. In 2016, I was teaching a professional practices course at a local community college and student walked up after a lesson and let me know how much the class had impacted them. They wished I had a format beyond the classroom to share my expertise so that more people would be able to learn from me.

I was blown away by this statement and filed it away in the back of my mind. My first step was creating an email newsletter called The Curiosity Lab. As a writer, that made sense. But the blank spot in the story is how I got to creating a podcast. I don’t listen to podcasts and only knew a small handful of people (one person) who had made their own.

At some point I started brainstorming ideas about work and creativity. One of the things I knew I wanted to do was inspire people to overcome the barriers holding them back from doing what they really wanted to do. The phrase “Get to Work” stuck in my head, thinking that sounded like a great title: “The Get to Work Podcast.” I liked having a call to action in the title. But when I shared my initial thoughts with a friend, she simply said, “Share your ideas with Brandie, she’s great at naming things.” Brandie was a mutual friend in the late stages of Stage IV Pancreatic Cancer. I was hesitant to share because I didn’t want to bother her, but as my friend said, “She needs something to take her mind off things.” Brandie’s response was swift: “Getting Work To Work” and a few other choices. Done. Thank you, Brandie.

From there, I settled on the format. A thematic monologue once a week no longer than 10 minutes. I wasn’t confident that I could speak longer than that or whether I would have enough to say. I scripted the beginning, middle, and end. Time to record.

A friend who had a podcast for several years loaned me his gear to get started. I set it up, opened up Adobe Audition, and started recording. I think I did 9 takes of that first episode. I wanted it to be perfect. Eventually, it was good enough. I edited, added music, and figured out everything I needed to do to get the show released.

Three months later, I added interviews because I wanted to broaden the possibilities of what the show could be about. I started with friends and eventually got to the point where guests wanted to be on the show.

Fast forward to today, Getting Work To Work has over 325 monologues and 234 interviews.